Wife said she felt something was wrong with her husband, and she was right 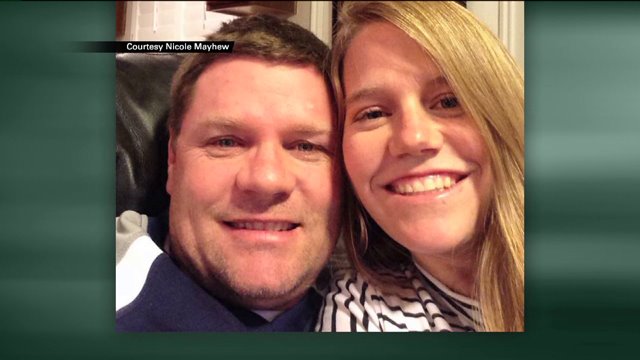 SARATOGA SPRINGS, Utah -- A Utah woman said she had a feeling Monday morning that her husband was in trouble. So she rushed home and ended up saving his life.

According to police, 43-year-old Scott Mayhew was working on his car inside his garage when the vehicle fell off the jack, crushing the man’s chest. For an hour and a half the man laid trapped and injured, yelling for help.

"He said he remembers he could barely breathe and he kept thinking he could hear the cars go by, he didn’t know what was going to happen," said Scott’s wife Nicole Mayhew told KSTU.

Nicole was at work at the time of the accident, when she got a funny feeling she needed to see her husband.

"He was still talking a little, he couldn’t breathe that well at all, it just freaked me out. He said he kept praying for me to come home." -Nicole Mayhew, wife

"I just said I need to go check on him working on the car. I just believe a spirit told me," Nicole Mayhew said.

As soon as Nicole Mayhew pulled into the driveway she knew something was wrong.

Nicole Mayhew’s instinct was correct. She ran into the garage to find her husband, a father of five, lying underneath the Ford Explorer.

Nicole Mayhew said a neighbor helped use the jack to lift the vehicle, before paramedics arrived.

"He was still talking a little, he couldn’t breathe that well at all, it just freaked me out,” Nicole said. “He said he kept praying for me to come home."

Scott was flown to University of Utah Hospital. Police said there was concern of possible internal bleeding, but fortunately Nicole got there in time.

"I believe that you know there’s angels around us and my religion, my Heavenly Father was with him," Nicole said.

A fund has been set up to help the family. Click here for more information.