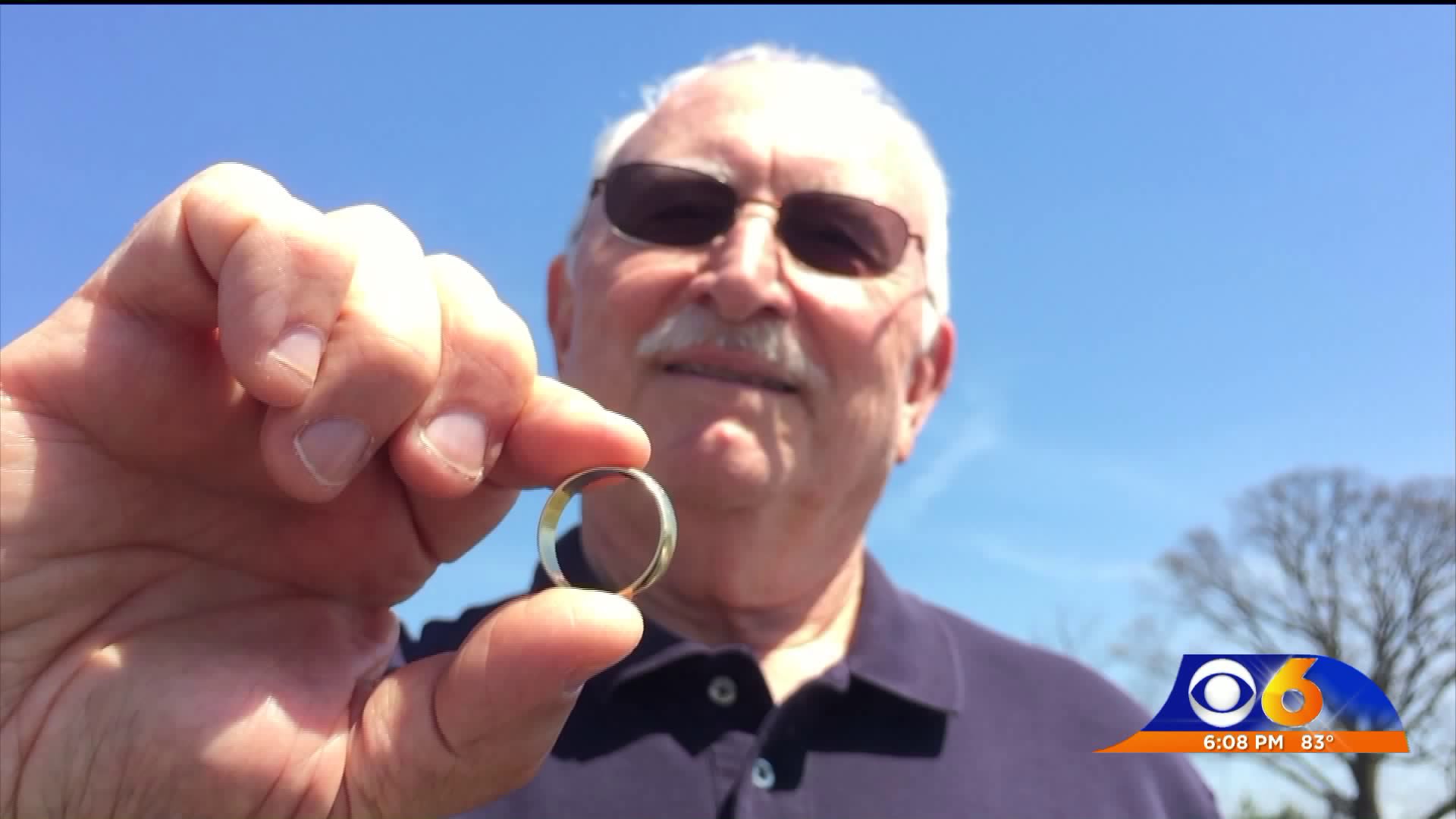 HENRICO COUNTY, Va. – While Friday the 13th may invoke superstitious dread for some, a husband and wife in Virginia are celebrating.

Larry Eavey, of Henrico, lost his wedding band before this last Easter – with his 50th wedding anniversary just weeks away. Eavey married his wife Martha in June of 1968. He went off to Vietnam one month later, the ring on his finger, and managed not to lose it during the war.

Decades later, however, he lost the golden band while cheering on his three grandchildren as they participated in a running camp.

“I didn’t discover it was missing until Wednesday. I got home and was like, where is my ring?” Eavey said.

The couple thought it might be lost forever. Little did he know, however, there was someone who already had the ring and was trying to find the owner – the organizer of the running camp, Nicole Sparrow.

Seeing the inscription inside, she knew someone, somewhere was likely desperate to find it. After seeing a WTVR story about the ring, she got connected with Sparrow, who was able to confirm the initials inscribed on the inside of the band.

Eavey hugged Sparrow as she returned the ring to him during an emotional meeting.

Now, as the Eaveys breathe a sigh of relief and focus on their upcoming golden anniversary, Larry added another vow. That is, to never let the golden symbol of their love get away from him ever again.

“It’s just a special blessing,” Eavey exclaimed. “I know the Lord is looking out for me by having somebody pick it up that would care enough to turn it in. This will make our 50th perfect.”

The couple wanted to offer a reward, but Sparrow wouldn’t hear of it. They told her they wanted to pay it forward by making a contribution to an organization of her choice.

She selected the Hanover Parks and Recreation department since officials there have been very supportive of Sparrow’s Health Running Kids series out at Pole Green Park.

When asked how they plan to spend their anniversary, the couple said they will head to Parkland Florida to spend a few weeks with relatives and watch their grandchildren graduate.