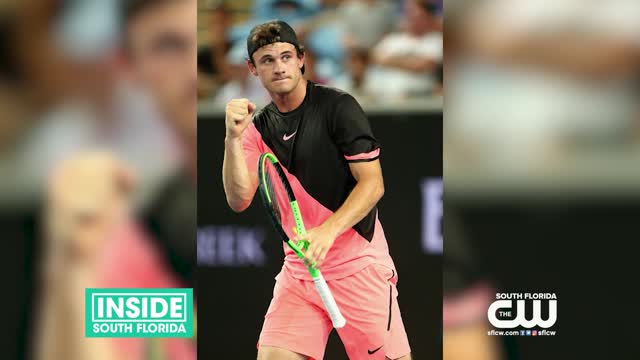 Tennis fans remember the days of Andre Agassi, Pete Sampras, and Jim Courier, and while there aren't a ton of Americans on top of the standings right now, Mark Baron the Tournament Director of the Delray Beach Open says that could soon change.

"America has four or five really good players in the "next gen", one of them is Tiafoe who won our tournament last year." said Baron

And there has been a real commitment by the USTA to foster the next wave of stars.

"The USTA opened up an academy in Central Florida with 100 tennis courts, there is construction everywhere. They are putting so much into the next generation to build top-ten players here in America. I'm gonna say in about three years from now you are going to have two to three top-ten Americans." said Baron