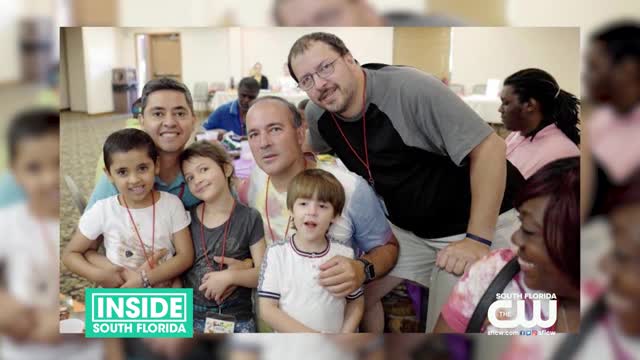 "It's called Red Hot and In-Style White Party and it is being held at SWAY Nightclub in Ft. Lauderdale, and it is a bunch of young professionals auctioning themselves off for date packages to raise money for our program," said Paul Withrow, Executive Director of Deliver the Dream.

As the bachelors and bachlorettes strut down the runway, guests will have an opportunity to bid on exciting dates, such as dream vacations, concert, tickets and adventure packages.

"Anything from a ride on a blimp to a concert experience to a painting experiences there are a ton of packages you can bid on," said Withrow.

Deliver the Dream helps families throughout the state by organizing retreats for those experiencing a serious illness or crisis. Proceeds from the event will help the organization bring as many as 15 families together at its monthly retreats.

"I think there is something to be said for how lucky it is for people who have not been affected by an illness, but I think what we do and having these kinds of events shows people that it could happen to anybody. The idea is that this is human compassion and that anybody and everybody deserves that," said Withrow.

The Red Hot Party starts at 7 pm, for tickets and more information head to deliverthedream.org .