Local Actor with Down Syndrome Stars in “The Peanut Butter Falcon” 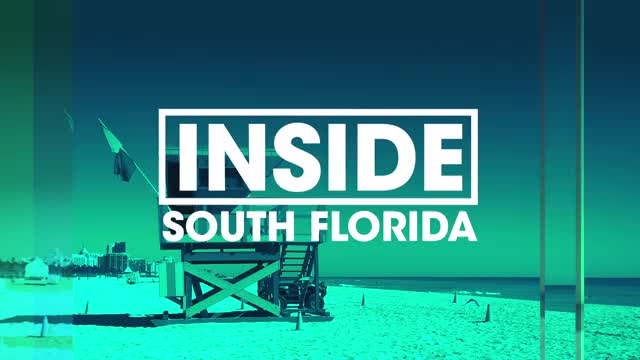 "The Peanut Butter Falcon" tells the story of "Zak" played by local South Florida actor Zack Gottsagen. It's the story of a young man with Down Syndrome, who runs away from a residential nursing home to follow his dream of becoming a pro wrestler. A strange turn of events pairs him on the road with "Tyler" (Shia Labeouf), a small time outlaw on the run, who becomes Zak’s unlikely coach and ally.

"I think we try to run our set where people really have chemistry with each other. We talk about what cathartic experience they want to go through, what they want to bring to set that's really real. When you have a story that's elevated a little bit into fable territory, you still have it grounded. I think Tyler and I really connected people and invited people to come and join us and Zack elevates people as well," said Michael Schwartz, Co-Director/Writer.

Tyler and Michael met Zack at a camp for actors with disabilities and they instantly hit it off. The two wrote the script around Zack without the intention of making the film about a man with a disability.

"We didn't make this movie because Zack has Down Syndrome. We really made it because we love Zack and think he's a really good actor. And having Down Syndrome is just a far off thing in our mind. That was certainly not our intention, but I'm glad that we're having a positive effect. I think we're just best friends that love each other and the thesis of the film is the 'friends are the family you choose and I chose Zack and Mike as my family, that's my squad." Said Tyler Nilson, Co-Director/Writer.

And talking about squad,  for Zack, he recalls his favorite moments with Shia and Dakota.

" I was dancing on the raft with Dakota and then Shia and me would throw food and train me and we would rap." said Zack Gottsagen, "Zak"

"The Peanut Butter Falcon" is generating early Oscar buzz. For the directors, they just want the world to see the film's message of love and hope.

" I'm really just grateful to be here with these guys right now, this is something we have been working on this for five years now. And we hope people go see it. I think that we are sending a message of love. I think this world we are right now, this economy,  this whole thing we are doing could use a group hug and if people like it enough to high five us in the future, that's ok too, " Said Nilson.

"The Peanut Butter Falcon" is now in South Florida theaters.